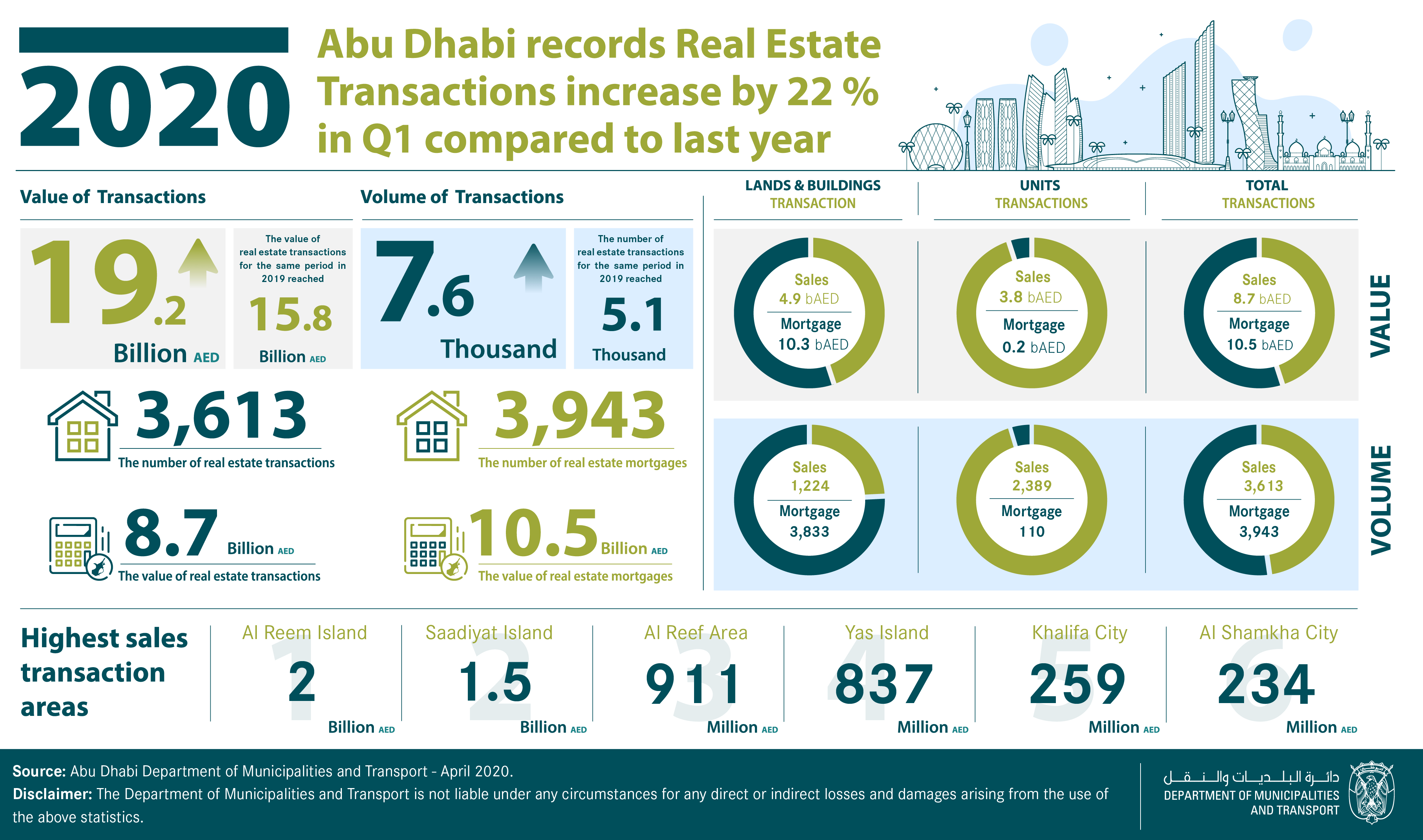 The Department of Municipalities and Transport announced an increase in total value of real estate transactions in Abu Dhabi by 22% to reach AED 19.2 Billion during Q1 versus AED 15.8 Billion during the same period last year. Q1 2020 transactions included approximately 7,600 land and real estate deals, up 5,085 year-on-year. The increase comes despite the exceptional circumstances resulting from the spread of COVID-19 – which casts a shadow over the global economy.

The Department of Municipalities and Transport exempted individuals and companies from 34 of real estate registration fees until the end of 2020 including 2% sale and purchase fees, 2% off plan sale fee and land exchange fees, mortgage registration, mortgage transfers, mortgage amendments and mortgage redemption.

Real estate sales were distributed across land, buildings and units. Lands acquired 56% of the total sales during the first quarter with a value of AED 4.9 billion made through 1,224 transactions, while the share of real estate units in the total sales value during the same period totalled 44% with sales and were valued at AED 3.8 billion, covering 2,389 transactions.

HE Dr. Adeeb Al Afeefi, Executive Director of the Real Estate Sector in the Department of Municipalities and Transport, said: "This high value of real estate trading transactions can be attributed to the direction of our wise leadership and vision to promote economic development and ensure an attractive investment environment based on the Abu Dhabi Vision 2030 and the Abu Dhabi Government Accelerator's Program 'Ghadan 21’ and the latest economic stimulus package where DMT waives various real estate transaction fees’.”