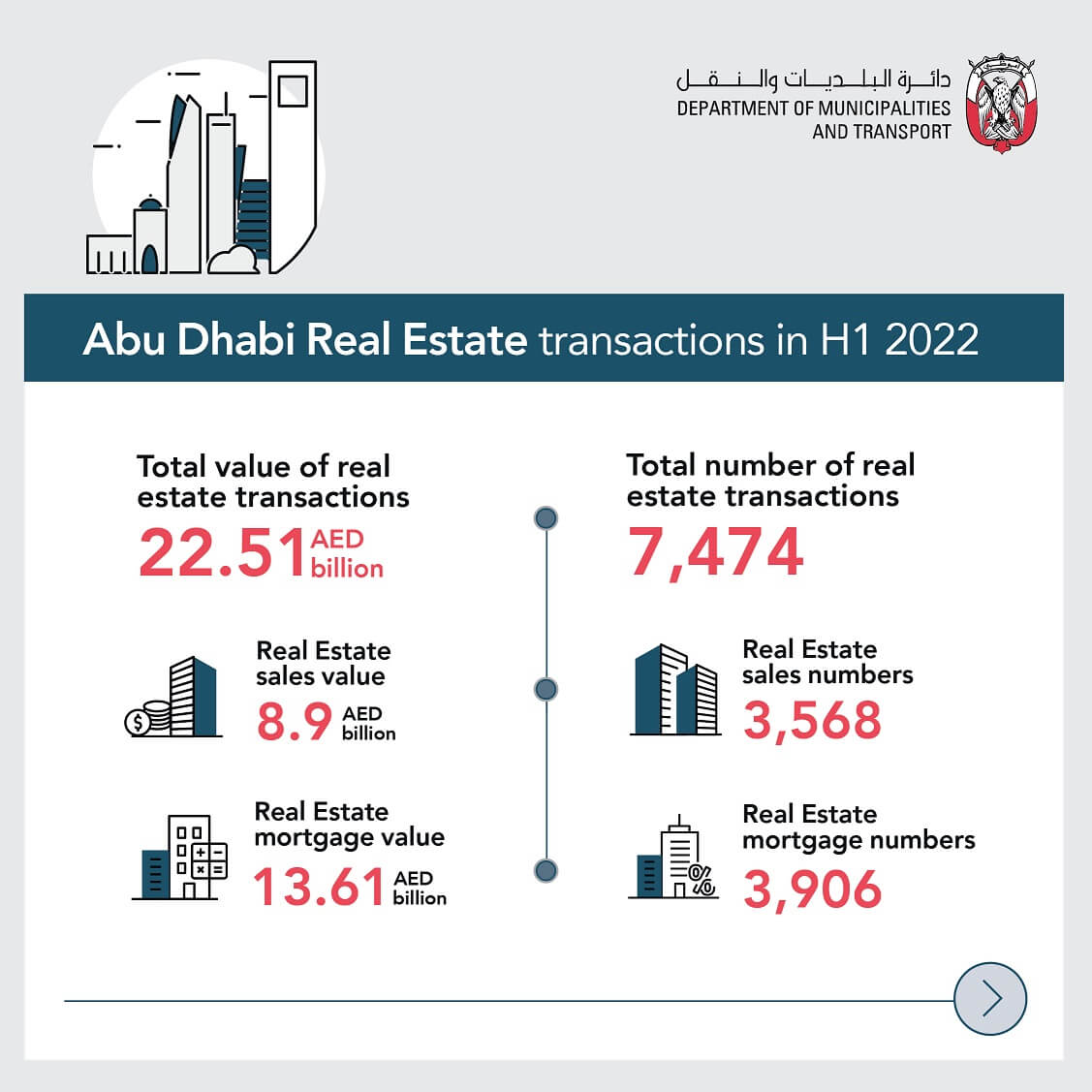 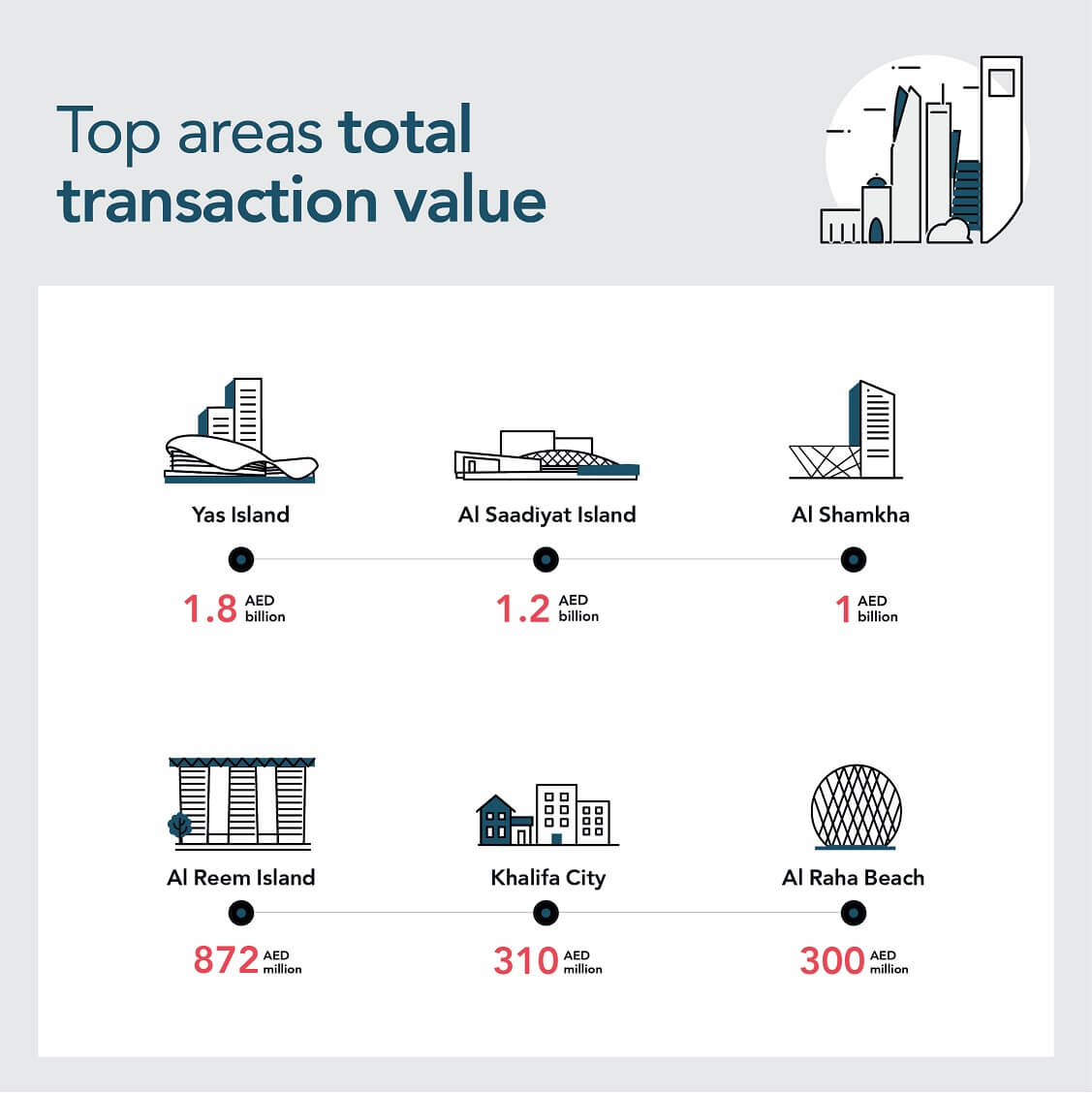 As per the latest report released by the Department of Municipalities and Transport (DMT), Abu Dhabi's real estate market sustained growth driven by investor optimism, recording 7,474 property transactions amounting to over AED 22.51 billion.

The department's half-yearly report indicates that all kinds of land, buildings, and real estate were purchased, sold, and mortgaged.

"Through constant and sustained growth in the real estate sector, Abu Dhabi has maintained its standing as a world-class market and investment destination."

Al-Afifi added: "As we enter the second half of 2022, we expect to see significant investment opportunities, particularly with the introduction of several new projects that will boost Abu Dhabi's real estate market."

Diverse investors from the UAE, GCC, and around the world have continued to boost the emirate's real estate market.