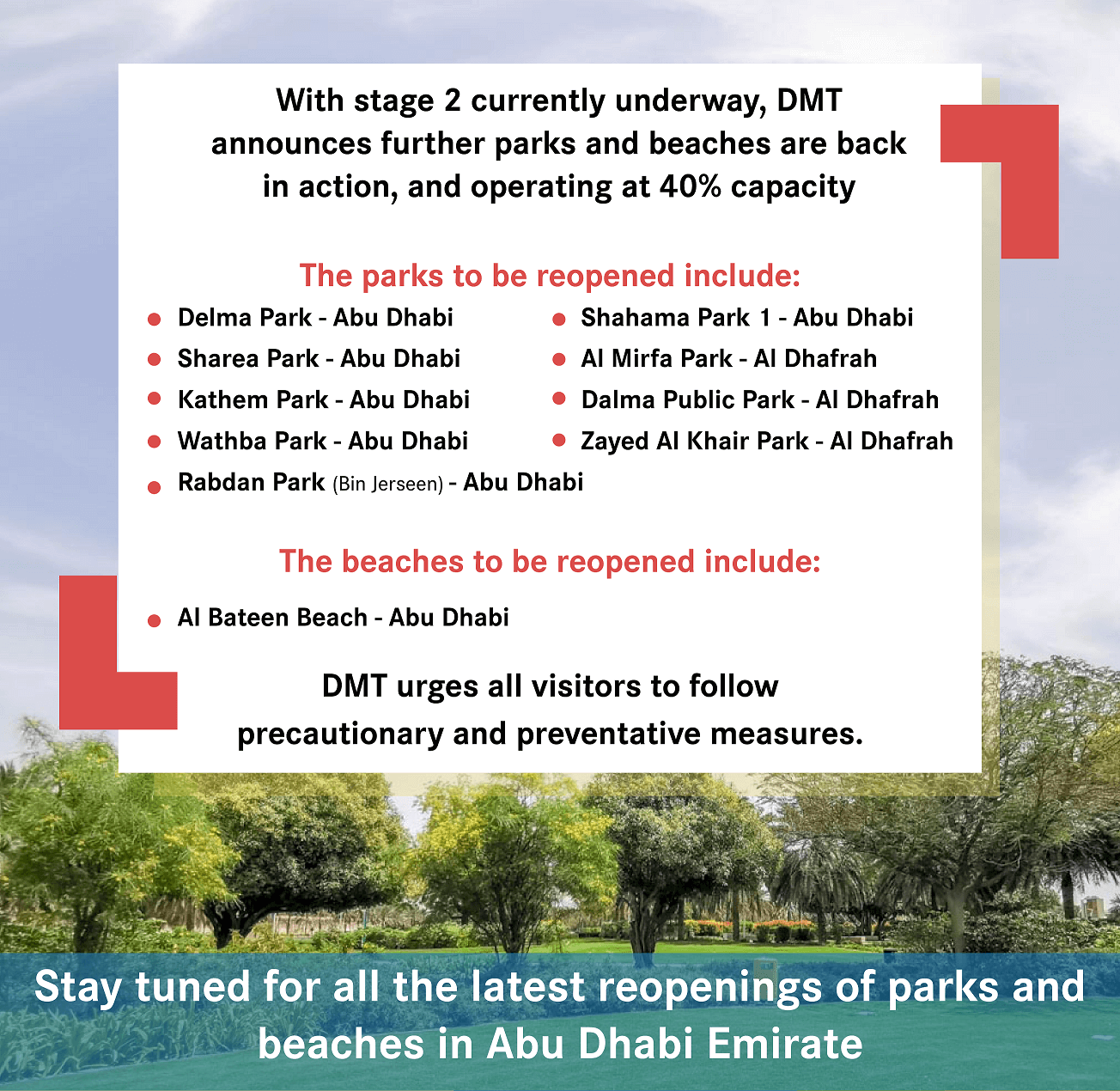 Further reopening of public parks and beaches in Abu Dhabi have been announced by the Department of Municipalities and Transport (DMT), following an extensive period of sterilisation.

It is part of the second stage in reopening DMT’s public amenities, all of which will be unveiled with the latest updates via DMT’s official media platforms, including its social media channels.

The announcement coincides with the DMT’s first-of-its-kind campaign – The Hygienic City – with the slogan #itstartswithyou. The campaign reminds every resident they have a vital role to play in preventing the virus from spreading and that wearing a face mask in public places, including parks and beaches is paramount.

At entrances of each reopened public beach and park, thermal cameras will check people’s temperatures. Rules will also be in place for groups, couples and individuals, including a maximum of five people allowed per group.

Food and beverage outlets will operate at 30 per cent seating capacity, with a maximum of four people per table and a minimum of 2.5m between tables. Play areas will be closed and parking will be at 50 per cent capacity.

Al Bateen Beach will also reopen in Abu Dhabi, as part of stage 2. Masks are required outside zones, and no showers will be available at beaches. All beachgoers must wear masks and gloves.

Sterilisation efforts have taken place across DMT’s three municipalities since the facilities were first closed in March due to the COVID-19 outbreak. Fines will be issued to those not adhering to the rules.